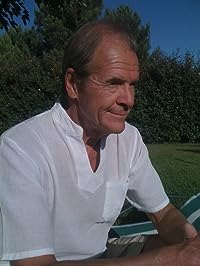 If you could live anywhere in the world where would it be?
Where I live now.
How do you write – lap top, pen, paper, in bed, at a desk?
Lap top, feet up on a sofa, preferably open to the sun.
Is there anyone you’d like to acknowledge and thank for their support?
My long suffering wife and daughters.
Every writer has their own idea of what a successful career in writing is, what does success in writing look like to you?
Getting a following, even if you don’t know who they are. I was recently amazed to discover a slow burn series of wonderful Amazon reviews for my first book.
Tell us about your new book? What’s it about and why did you write it?
I am passionate about the poor thinking of most people about what makes the universe tick – they are still governed by ancient beliefs and superstitions, which distort much of what happens in the world.
If you could have a dinner party and invite anyone dead or alive, who would you ask?
Winston Churchill, Oscar Wilde, Bernard Shaw, JFK, Obama, Maggie Thatcher, Nelson Mandela – what a conversation that would be!!
When you are not writing, how do you like to relax?
Golf, swimming, cinema, dining out.
Do you have any tips on how writers can relax?
No, but everyone needs to.
How often do you write? And when do you write?
Most mornings.

The questions are always with us. Does God really exist? Are science and religion incompatible bedfellows? Charles Darwin shook philosophy to its foundations with his theory of evolution, yet strangely, he himself refrained from commenting in depth about the religious implications for fear of adding to the furor.
But suppose that he did in fact write down his conclusions as a secret addendum to his seminal work, Origin of Species. And suppose his beloved wife, Emma, who kept her own secret journal, was the only other person to know of this hidden postscript.
The novel Survival of the Fittest is the modern day story of the search for these two hugely significant works. An eccentric and endearing London antiquarian book dealer is hired by an equally eccentric American billionaire to track down the documents for his world famous collection of original manuscripts.
The complex investigation ranges across England, from historic towns and stately piles to prisons and Darwin homes, and involves a series of encounters ranging from the criminal to the romantic and the revelatory. Along the way, it explores the spiritual struggle within the extraordinary Darwin household, and the effects of that same struggle on the creators of the atom bomb and on modern terrorists.
Do we want to know the answer, or will it stir up a hornet's nest?
This dramatic investigation of man's spiritual dilemma occupies the spaces between authors Dan Brown and Richard Dawkins.
About the Author:
Robin Hawdon is one of Britain's most prolific playwrights. His plays have been seen in over forty countries. At any one moment there may be over a dozen productions running across the USA, Europe, and elsewhere. This is his third novel.
Buy Now @ Amazon
Genre – Detective, philosophy, religion, historical
Rating – G
More details about the author
Connect with Robin Hawdon on Facebook & Twitter
Website http://www.charlesdarwinblog.com
at 11:00 AM