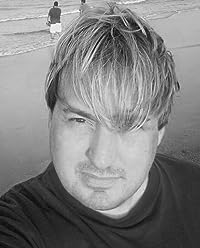 Do you plan to publish more books?

I’m currently writing my third novel, a gay romance called Backstrokes, about a classical pianist and a lifeguard falling in love. After that, I will finish Tanglewood, the first thriller in a five-book series about the life and loves of a Chicago-based investigative journalist named Jennifer Hawkins. Then, I will be spending some time writing the next two novels in the Love in the Shadows trilogy.

What’s your next project?

I have just finished my next novel. It’s a romantic spy thrilled called Love in the Shadows. It will be available in January from my publisher Bold Strokes Books. I’m very excited about Love in the Shadows because it’s the first novel in a trilogy. This will be my first series. It was a very fun novel to write. I can’t wait to see if my readers love it as much I do.

What books have had the greatest influence on you?

In Mind Fields, there’s a lot of influence of Jane Austen’s classic Northanger Abbey. More than any other novel I’ve written, there’s a more gothic feel and mood in this particular book. In terms of my other writing, I really love the classics. I find myself constantly going back to books like Wuthering Heights and Jane Eyre and authors like Edgar Allen Poe and Shakespeare and Tennessee Williams to study the brilliant architecture of how and what they wrote. There’s so much to learn from them. In terms of contemporary literature I really admire the works of Julia Alvarez, Jo Ann Beard, Sandra Cisneros, Joyce Carol Oates, and Meg Wolitzer.

What books did you love growing up?

When I was young, I discovered my mother’s collection of Nancy Drew books. I read the entire series. I was fascinated by the sense of mystery and solving a crime. I also read a lot of young adult fiction, particularly Judy Blume, Norma Fox Mazer, and Lois Duncan. Anyone who reads my work will see the influence of those authors. At the age of twelve I read every Jackie Collins book I could get my hands on. She knows how to tell a great story – especially a glamorous one. Later I discovered Dorothy Parker and Jane Austen and fell in love with their words.

What book should everybody read at least once?

Daisy Fay and the Miracle Man by Fannie Flagg. It’s hilarious, poignant, and beautifully written. I first read the novel when I was ten years old. By the end of the first page I knew I wanted to be a writer.

Sometimes love can blow you away.

When struggling college student Adam Parsh accepts a tutoring position, he is immediately drawn into the unknown world of the wealthy Vassalo family. Fighting off the sexual advances of Dario Vassalo, the Greek tycoon and patriarch, Adam finds himself the object of the dangerous desires of one of the most powerful men in the world—his married employer. Torn between his attraction to Dario and his deepening love for his best friend, Victor Maldonado, Adam is forced to choose between right and wrong. Surrounded by lust, glamour, and greed, Adam soon uncovers dark secrets strong enough to destroy lives forever.

More details about the author