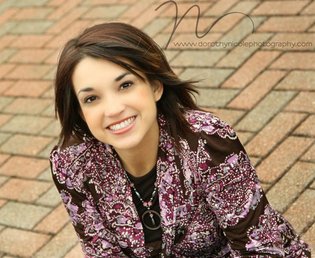 What do you consider the most challenging about writing a novel, or about writing in general? The first draft. The hardest part for me is getting that brilliant idea out of my mind and onto paper. I get impatient and want the entire book written all at once.
Do you intend to make writing a career? It’s a lovely idea. I keep trying.
Who designed the cover? Steve Novak! He’s done all my book covers and he’s simply very talented. Love his work!
What was the hardest part about writing this book? I made a mistake when I started the book. I thought I could write a romance. So I wrote the book as a romance. When I finished, I thought the whole story was boring and rather flat. I didn’t want to read it, so why would anyone else? I decided I better stick with thrillers, because that’s what I’m good at. And I threw in a serial killer. It took a lot of work but I’m extremely pleased with the book now!
Will you write others in this same genre? I’ve had enough people threaten my future as a writer if I don’t write more books for this main character that I’ve decided to make a series of the book. Rather exciting, actually. I have an additional four books plotted, but it will be the kind of series where each novel is a story in and of itself, not dependent on the others. Like the Stephanie Plum books.
How much of the book is realistic? The book takes place during modern times in a normal high school with a normal girl. There’s a serial killer, which could very well be realistic. But it also revolves around Jayne’s psychic powers and her more-than-mortal bloodline. Definitely not realistic.

Email ThisBlogThis!Share to TwitterShare to FacebookShare to Pinterest
Labels: Authors