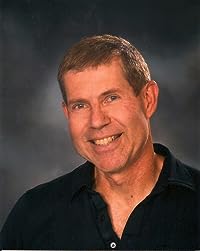 Do you have to travel much concerning your book(s)? Not yet, but I hope to do that more in the future.  I love connecting personally with an audience.
Can we expect any more books from you in the future? Oh yes!  I have a middle-grade/YA historical fantasy coming out soon that is actually a new edition of my first-ever novel, and also the concluding chapter to a three-part graphic novel series for kids should come out sometime this summer.  Really excited about that as it completes a three-part series.

Have you started another book yet? Currently outlining several projects, not sure which I’ll really go with next, but more books are definitely coming.

What are your current writing projects now? Two book projects; a YA female superhero series, and a funny family romantic comedy that involves performing primates, and a couple screenwriting projects; a true-life story about a down-and-out woman who starts a children’s performing arts school and a YA series about a girl who has superpowers, etc.

Are you reading any interesting books at the moment?  Yes!  Dan Brown’s “Inferno” is really good, and I also enjoyed the YA novel “Divergent” a lot as well.

Are there any new authors that have sparked your interest and why? I focus more in on stories that specific authors.  There’s so many YA authors these days (and so many imitating each other) that it’s almost impossible to keep them straight.  But some at least seem very good.

What are some of the best tools available today for writers, especially those just starting out? A good outlining program can really help a new writer get a good handle on their ideas and give it structure and substance.  Also, there’s some good online courses that teach the writing process that would do the same thing, or more.

What contributes to making a writer successful? Self-discipline more than anything.  You’ve got to be able to stick with it.

Do you have any advice for writers? Yeah, if you want to be successful, work hard and don’t quit.  While writing both screenplays and novels involves increasing amounts of just plain luck to get your work out there and noticed no matter how good you are (and that can be very discouraging), quitting is the only way that you guarantee that you won’t be successful.

That was the mantra of young prodigy Hector Chevas’s mentor in architectural design, Gellini. But even Gellini couldn’t imagine the horrors that his prize student and adopted son would fill Suburbia’s new Heartland Mall with to wreak revenge on those who killed Gellini and murdered Hector’s only friends. “Black Friday” was never blacker.

But Hector couldn’t imagine that, in the middle of his deathly rampage, an “angel” from his past would re-appear into his life; wild-child Janey, whose life he’d saved years before, and who’d never forgotten her promise to “always love him…for reals.” But was that love strong enough now to learn the unimaginable truth; to call Hector’s “dead” soul back to life and resurrect him from his mad plunge into oblivion?

MALLED is a story filled with tragedy, terror, raw emotion, unspeakable horrors, and, above all, the awesome power of ferocious, undying love. Go for it. Get into it. Dare to “imagine the unimaginable.”

More details about the author & the book