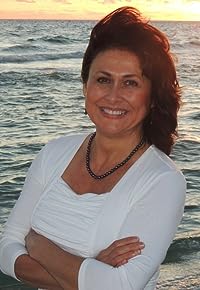 How much sleep do you need to be your best? Clearly more than I get. When I am in one of my high intensity times, I will work until two or three in the morning then get up at seven or eight and get back to it. At some point, I crash, but when I’m in that mode there’s just no stopping me. Coach Paula Renaye (that would be me too) would say that approach is a very unhealthy option and that getting at least seven hours sleep would make me feel better and be more productive. She would also suggest setting personal boundaries and establishing priorities as well as a realistic daily. And I would suggest that she zip it so it doesn’t sound like we think there’s two of us. Adequate sleep would also probably help cut down on these kinds of pesky internal arguments (sigh).

How to Write by the Seat of Your Pants: Outline or No? Outlines work very well for some people and will suck the creative life out of others—me included. I’ve tried writing with an outline and even laid out an entire book using Jack Bickham’s Scene and Sequel Technique. It was the most hideously stiff and boring stuff I have ever written. And I didn’t write much—I couldn’t. I also tried it with the index card method, where you write out scenes and shuffle them around to build your story, but that only added paper cuts to the monotony. Now, I am not saying that either of these are bad ways to go about creating a novel—they aren’t—they are wonderful if they work for you. They simply do not work for me. My brain isn’t wired that way and will just shut down and refuse to play. Ah, but let it run free and loose and fun things happen! Left to their own devices, the characters will tell me their story. I just have to watch it unfold and write it down. Okay, it might be a bit more involved than that, but it is a very fluid process. I have as much fun learning what happens next as any reader. It works for me! And I figure if I’m laughing and having fun, the reader with too.

What do you consider the most challenging about writing a novel, or about writing in general? My novels write themselves. I simply have to “get my mind right.” That’s easier said than done at the moment. I am having major challenges switching back and forth between the different versions of “me.” When I write the Jolene Jackson Mystery books, I have to be in a particular mindset and voice, which is pretty easy when I get “into” Jolene, because the girl has issues, which makes it fun and funny. However, that voice is not the one we want writing press releases, marketing materials or self-help books—she can get us into a whole lot of trouble. Also, since I coach people on taking responsibility for their choices and making different ones that get them out of turmoil and into joy, we really don’t want Jolene talking to them about anything. So, I have developed sort of an internal version of passing around the talking stick. Some days it works better than others…

What is your favorite quote, by whom, and why? I’m a big fan of Richard Bach’s Illusions and my favorite quote from it is: “Argue for your limitations and sure enough they’re yours.” Once I started listening to myself, I realized how I was

What else do you do to make money, other than write? It is rare today for writers to be full time… I am one of the rarities. I think the statistics are that 1 in 100,000 authors makes a living writing. My guess is the number is probably even bigger given that there were over a quarter million indie books published last year. I am probably a bit unique in that I have fiction and nonfiction books—four currently in print and two in the words. I have additional things related to nonfiction book. I do private life and relationship coaching, workshops and motivational speaking. Still, I fit the definition of a full-time writer.

More details about the author & the book

Email ThisBlogThis!Share to TwitterShare to FacebookShare to Pinterest
Labels: Authors